The newsletter articles on this website are the opinion of the person who has written them. We will not be held liable for claims made from the information published within.

The St.Catharines Wado Kai Karate Club and the Grimsby Beach Karate Club publish an interclub newsletter 3 to 4 times a year. We encourage the club members to write articles about the martial arts and the possible effects it has made to their personal lives.

The articles are listed from newest to oldest. If you have any comments or questions about any of the articles we would be glad to hear from you!

If books are your thing GO Directly To Our Reviews.
Our latest review was added on 7/02/02 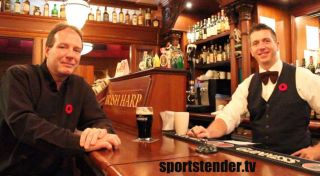 Volume 29, April 2001
When do you fire? by Sensei Neil Prime
Ouch! Was that supposed to hurt? by Lauren Fast
Attitude determines altitude by Sensei Walt Fast
Karate, a powerful tool. by Sensei Roberto Scolaro
Transitions by Deanna Gemmell

Volume 27, June 2000
A Collage of Memories by Sensei Brad Cosby
Analyzing Opponents by Alex Fast
Under the Influence by Sensei Neil Prime

A dedication to Sensei Masaru Shintani
Impressions of a great man. by Sensei Neil Prime

Volume 23, June 1999
Key Points in Sparring by Sensei Neil Prime
My First Karate Tournament by Brandi Rae
What Karate is to Me by Ryan Rae
Karate is for everyone! by Tyler Smith

Volume 8, January 1995
Karate: A healing Process by Roberto Scorlaro
What is in a Belt by Sensei Neil Prime

Volume 4, June 1993
Back to Basics by Sensei Mark Hannah
Karate: A Womens' Perspective by Sensei Nancy Chmay
From Shotokan to Wado Kai by Sensei Walt Fast

Volume 2, November 1992
Karate: What it means to me by Peter Leitch

The Book of Five Rings by Miromoto Mushashi
Hagakure: The Book of the Samurai by Yamamoto Tsunetone
Zen in the Martial Arts by Joe Hyams
Health and Fitness in the Martial Arts by Dr. J.C. Canney
Karate Do: My Way of Life by Gichin Funakoshi
The Unfettered Mind by Takuan Soho
The Weaponless Warrior by Richard Kim
The Karate Dojo by Peter Urban
The Karate Sensei by Peter Urban
Shotokan Karate by Willy J. Ortiz

Back to the Top